With good reason, January has been declared the Glaucoma Awareness month — the stealth sight-stealing disease. 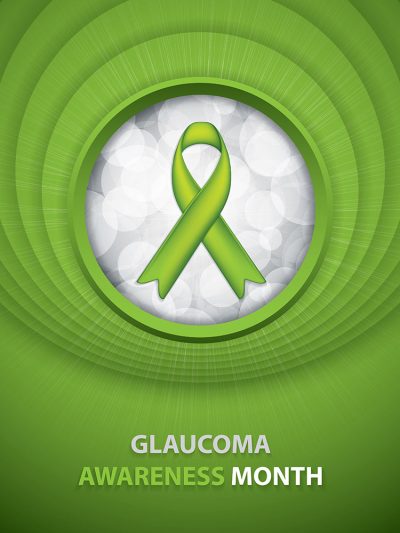 Glaucoma is a group of eye diseases that gradually, painlessly, and quietly damages the eye’s optic nerve, resulting in vision loss or blindness.

The most common type of this disease is called open-angle or chronic Glaucoma.  This type primarily affects the middle-aged and the elderly, although other forms can affect people of all ages including babies.

Among other factors, research has identified two groups of people who are at a higher risk of the disease. These are African Americans above the age of 40 and those with a family history of Glaucoma.

How common is Glaucoma?

Glaucoma is the second leading cause of blindness and vision loss, after macular degeneration. Did you know that more than three million people in the United States above the age of 40 have Glaucoma? Experts estimate that nearly half of those who have this disease are not aware of it.

The National Eye Institute projects that by the year 2030, that number could reach 4.2 million. Globally, over 60 million people have Glaucoma. The World Health Organization estimates that 4.5 million people worldwide have been left blind by the disease.

How does Glaucoma affect your sight?

Glaucoma starts by impairing peripheral or side vision, narrowing the field of view. Over time, central vision is likewise affected. If left untreated, it could result in irreversible blindness.

Unfortunately, Glaucoma has no cure. It’s not possible to restore lost vision once the disease damages your optic nerve. Still, treatment can control or stop Glaucoma progression to prevent severe vision loss.

It’s important to note that treatment is effective only when the disease is detected in its early stages. This is why it is essential to do regular eye exams by an eye care professional. Don’t wait for the symptoms.

How can you prevent vision loss from Glaucoma?

As the saying goes: prevention is better than cure! But in the case of Glaucoma, there is no cure. So you have no option but to prevent glaucoma. Remember, Glaucoma has no warning signs. So you owe it to yourself to establish if you are at risk. Therefore, ensure to have an eye test annually to prevent the risk of permanent blindness. If you are at a higher risk, the checks should be more frequent than that.

Moreover, you can help save others from losing their sight. Help create awareness of Glaucoma by talking to your family and friends about the disease. If you are diagnosed with it, don’t keep it secret. Tell your close friends about it, and alert them to the importance of having a regular eye checkup.

Please get in touch with here at The New Jersey Eye Center for an eye exam. We’re experts at detecting Glaucoma in its early stages and providing the right treatment.

Due to the current health crisis in our area we want to ensure our staff and patients remain safe. During this time, we will be seeing patients requiring emergency eye care only. We are also offering TeleHealth services! Call (201) 374-8900 for more details.